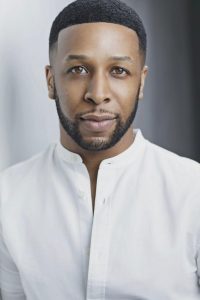 Lennox Benson was born to an education consultant and a doctor in Lagos, Nigeria and migrated to London, UK at the age of two.

Raised by his mother, he was bought many books and fast became a keen reader. In primary school he excelled in art and creative writing and nurtured a dream to write a book of his own one day.

These creative skills were carried on into St Albans school where he achieved good grades in Art and English. He then went on to UCS to study English, Art & Theatre Studies at ‘A’ Level before securing a place at Queen Mary University to study English Literature. However after a term at Queen Mary he found himself unsure of his place in the world as a young, black man and left to find himself.

Lennox made a concerted effort to look for mentors who could provide some guidance in making sense of his world. After some months of networking he garnered the support of a few experienced professionals who were able to guide him through this crucial transition from his late teenage years to early adulthood.

After years of trying his hand with different art mediums including acting and dancing, he returned to writing and began work on his first children’s book The Biracial Butterfly.

Lennox now works in an art gallery and is putting the finishing touches to his second children’s book Beau Blue, Parker Pink.

The story is set in Skyler’s imagination as he reflects on his identity and explores the heritage of his parents. Skyler, the narrator, is a spunky and sensitive soul surfer, voyaging into the depths of his mind.

Assembling the pieces of his cultural jigsaw together with musical rhymes and colourful imagery. Imani, his mother, is a soulful character full of depth. She enjoys yoga and clay modelling. She has a “zen” personality.

Travis, his father, is an adventurous spirit, he enjoys rock climbing, wake-boarding and paragliding. Their yin and yang natures balance each other well and Skyler has elements of both.